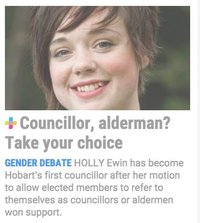 Aww, look at my round li'l face. This is from my very first council meeting. There have been a few changes since then...

Hi. I'm Jax Fox. You might know me by another name or so-- I was only going by my new name with very close friends when I got onto council back in 2018 (I can't believe it's been 4 years already). But that's been changed for a while now, and I'm grateful for the support I've had through that process.

If you don't already know much about me, here's a brief history:

I was raised as a very conservative Christian, was homeschooled and didn't live anywhere with my family for more than a few months at a time for most of my childhood and teenage years. I got married at 18 to run away from home, and divorced at 21. It was an abusive relationship that nearly ended me, but it didn't. That was crazy and hard, but I did get to question all of my values and beliefs, and end up with what I think are very strong ethics around people and planet (but I will always put people first- sorry, not sorry) and their rights and safety. I've owned and run my own business since I was 21, started and finished a uni degree (never thought I'd go) in social and political science and philosophy, got involved in activism around housing and homelessness, abortion access (go ahead and Google Not Ovary-Acting, Jess and I ran that whole gig out of the back of the shop. I'm still so proud of us, even though we still don't have proper access to terminations in Tasmania, thanks to the broken promises of successive Liberal governments), protecting Aboriginal land rights and takayna, and then immediately was elected to council, following a rather spectactular resignation from the Greens halfway through the election (which I'm also happy to discuss in more depth). Since being on HCC, I've advocated wherever I can for evidence-based, best practice policies to promote health, safety and inclusion in our community; and outside of council I've gotten to speak at the UN on housing rights, been a volunteer fire fighter, and stood as an independent candidate in the last state election. It's been a non-stop ride, and I'm very much not done yet.

I'm extremely privileged to be an out and proud nonbinary queer in my personal and professional life, with very few negative consequences impacting me. I'm acutely aware that not everyone in our community has the privilege to live openly, proudly and without persecution as themselves; whether that's due to their sexuality, gender, race, dis/ability, or, unfortunately but most commonly, their income and net worth. So I see my role on council very firmly as an advocate and defender of the rights of the people in our community who don't have the opportunities that I do; to speak up and make room for them, and to improve safety, access and equity for us all. I believe we as a society should be judged by how we treat those worst-off amongst us. And there is such a lot that we can do, even at the local government level, to lift everybody in our community up to at least a tolerable level of living, or god-forbid, even a nice one.

I believe that changing your mind when presented with new evidence is a good and powerful thing to do. Because of the dramatic shifts I've had in my worldviews during my relatively few years, I also believe that it is possible to shift people's (and governments') thinking toward more compassionate, proactive and inclusive ideals and policies; which I believe are made stronger when made by consensus, rather than by buying into polarising politics of division. That's why I will always work with everyone at the table, wherever possible, and bring in the voice of those who can't be there themselves.

I don't ever want to presume to speak on anybody's behalf without thoroughly consulting them. My door (or laptop, or phone) is always open, and I'd love to speak with you and work with you, because my job is to amplify the voices of those who can't- or don't have the opportunity to- speak for themselves. So hit me up.